A recent report on the UK Residual Waste Market by the Green Investment Bank has highlighted the investment opportunity in the UK waste market. 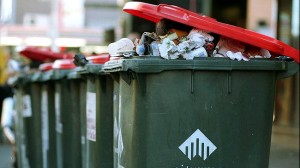 The UK produced 85m tonnes of waste in 2012, of which almost 21m tonnes were sent to landfill.The report, which can be read here highlights how using non-recyclable waste as a fuel to generate energy rather than sending it to landfill could deliver both much needed UK energy generation capacity as well as significant environmental benefits over the longer term. The Report, produced in July, forecasts a gap of up to 7.7m tonnes between the amount of waste produced post-recycling and the infrastructure available to process it – an investment opportunity of c.£5bn to 2020.

As we mentioned previously, Greengage are proud to be already working with proactive companies who are capitalising on such opportunities. Solena Fuels in partnership with British Airways has committed to building the world’s first facility to convert landfill waste into jet fuel. Approximately 575,000 tonnes of post-recycled waste, normally destined for landfill or incineration, will instead be converted into 120,000 tonnes of clean burning liquid fuels using Solena’s innovative integrated technology.

Login to Greengage Environmental
Reset Password
Enter the username or e-mail you used in your profile. A password reset link will be sent to you by email.
We use cookies to ensure that we give you the best experience on our website. If you continue to use this site we will assume that you are happy with it.OKPrivacy Policy