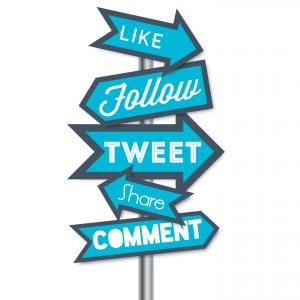 The digital revolution is creating a wave in all industries, and the built environment is no exception. Companies are having to develop to keep up with the virtual side of business, and the BRE have actioned many new ideas to do just that. Last Wednesday, we headed down to BRE to see the launch of their latest response to the digitalisation of the built environment; BRE Buzz.

Acting as a social platform, and being described as an ‘online community’, the BRE Buzz aims to connect individuals, companies and organisations from the built environment and enable them to share information, best practice and industry related news whilst improving their online presence.

The site will comprise of content generated by both the BRE themselves, and the site users. Users can follow ‘communities’ and ‘tags’ that are relevant to them/their organisation, then whenever an article is posted to that community or using that tag, it will show on the homepage upon logging in. Once having selected an article to read, there will be the option to read more articles similar to it, read more articles by the user that posted it and read more about the user themselves- thus connecting content, information and other like-minded individuals. The site also has the capability to link Twitter & Linkedin accounts and personal websites to the user’s profile, allowing a full circle of connectivity between online social media platforms.

Information sharing is undoubtedly one of the main benefits of our now ‘online’ lifestyles. People and places from all over the globe can connect like was never before possible; the world seems a lot smaller when communication with anyone & anywhere only requires the click of the button. It is easier than ever before to share knowledge and individuals and organisations alike are thriving because of it. With this in mind it would seem fair to assume that an online social platform, providing a community space for the built environment, can only be of benefit to the industry.

However, as the site only launched very recently, it is likely that we will witness some tweeks and slight changes over the coming weeks. It also means that the community is relatively small in comparison to its expected number of users as it grows. With this in mind, it would be difficult and also unfair to make judgements on the success of the site and its benefits to the industry at this point in time. Nevertheless, as it stands at the moment, it is hard to see what differentiates BRE Buzz from other social platforms of its kind. Of course it is specifically aimed at the built environment sector, making it vastly different to the likes of Linkedin, however there are other well established forums and platforms out there, such as the 2 degrees network, which already have areas focussed to the built environment sector.

Maintaining a company’s online presence is a time consuming task; some businesses will dedicate whole job roles if not a department to it. While the knowledge sharing capability of social media is an advantage of our digital world, it does require a robust strategy to ensure it is done efficiently and effectively and that the maximum benefits are gained. With companies and individuals already tending to their online presence on various other sites and platforms, what will attract them to use BRE Buzz if the same benefits can be gained from a similar site already being used?

As it has only just launched, BRE Buzz will take time to establish itself, but we’re definitely interested to see if and how it defines itself to take a foothold in social media landscape and what it will offer for communication within the built environment in the future.

Head on over www.brebuzz.net to join the community yourself, and follow our company profile

You might also like
One of the following
The Future of Sustainability
Social Value
Green Infrastructure
The Circular Economy
Seeking Seasonal Ecologists
Nature based solutions to the climate crisis and financial risk
AND THE WINNER IS…
Login to Greengage Environmental
Reset Password
Enter the username or e-mail you used in your profile. A password reset link will be sent to you by email.